The confiture that Fumi made by improvisatio at her friend's cafe she was involved in helping,became popular and she set up her studio in Yoshino where she come from, and started activity in earnest in 2006. Her confiture has now spread throughout the country.

A peaceful village surrounded by Yoshino-Cedar. In aplace with good view on a gentle slope, there is Fumi's studio and restaurant "Narayamasou". Old folk house which used wood abundantly and two weeping cherry trees which bloomed in the garden. The water wheel slowly splashes water. 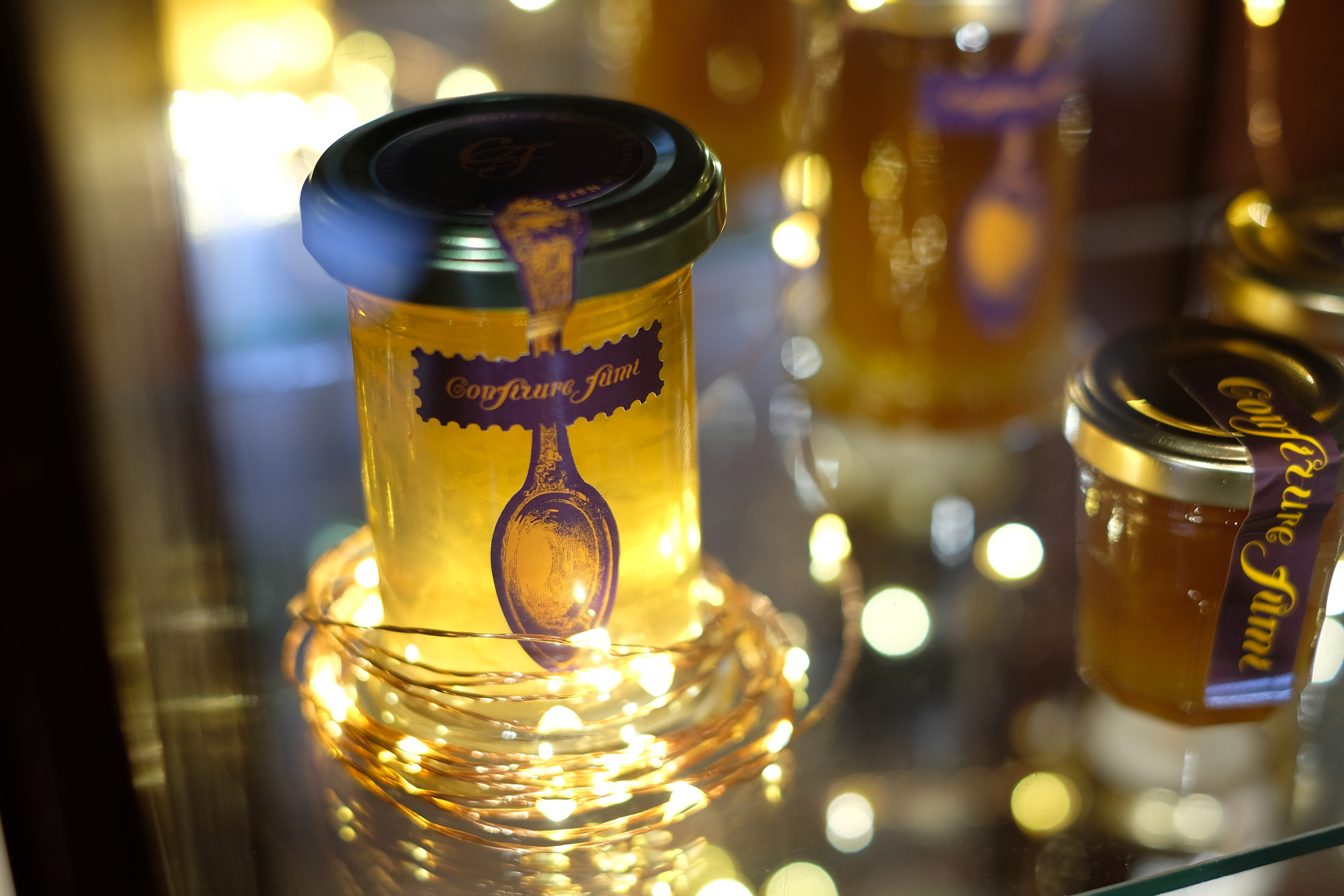 "This is a house built by my grandfather who was in the timber business in the year I was born. The cherry blossoms are also planted by my mother at just around the same time, so it's the same age as me, just like my house, " says Fumi. The wonderfully grown weeping cherry blossoms welcome visitors as like the guardian angel of this shop.

The confiture is "Jam" in French. However, it is not only sweet like Japanese jam, it is characterized that vegetable confiture is used as a seasoning in home country France. "In order to maximize the ingredients of vegetables and fruits, the heating is kept to a minimum and the sweetness is kept low. For example, the confiture of green tomatoes is good as the sauce of fish or chicken, and the confiture of onions is also delicious to be served with fried egg," says Fumi. 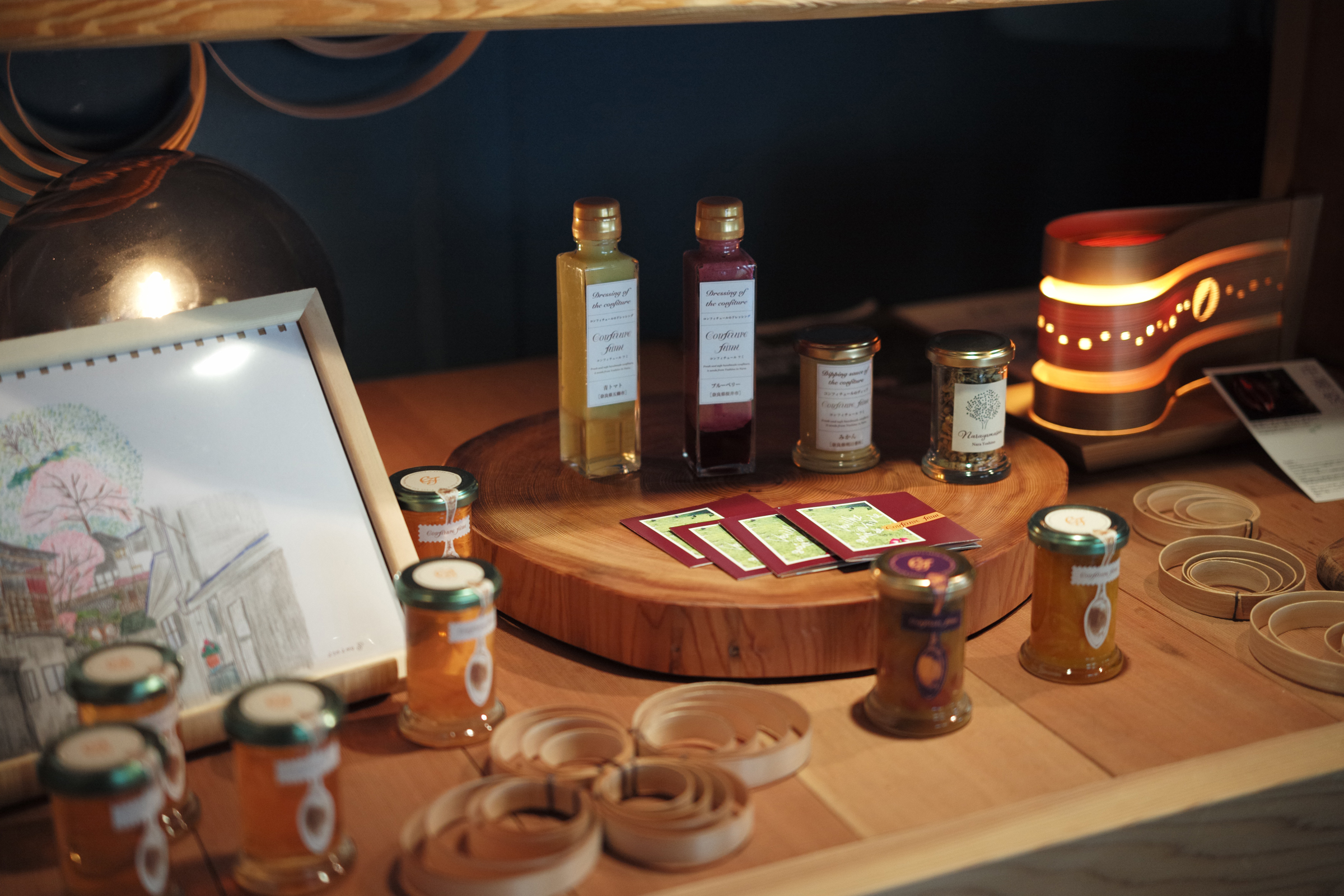 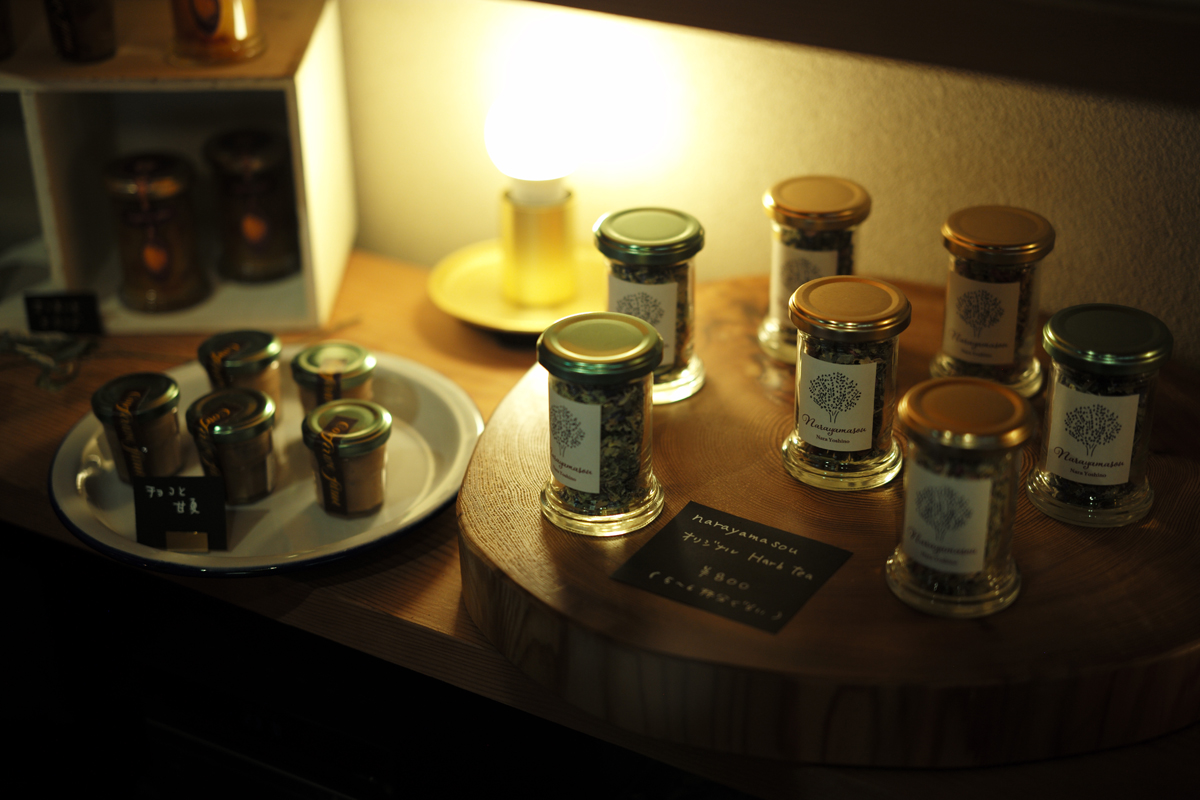 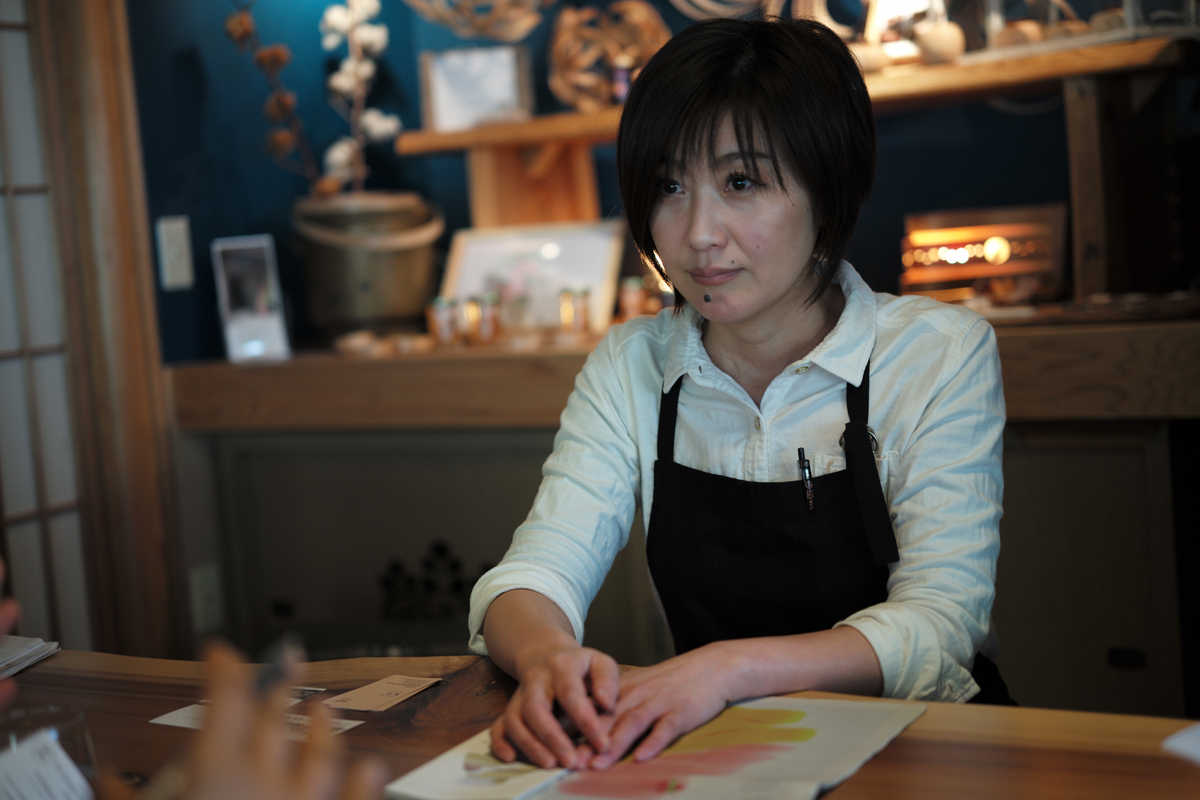 Fumi was born in Yoshino-cho and grew up in a family which runs a timber business. After leaving school, she went into the world of architecture. After her marriage, the turning point came when she was involved in the restaurant business in helping the interior decoration of her friend's café. When she cooked extemporaneously confectionary of apple and raspberry confiture to match the French toast to be served in the store, then it quickly became popular for being "delicious. I want you to sell it."

The confiture that Fumi says "Making jams wasn't especially my hobby until then, I made just for fun" became popular and it also began to be supplied to local bakeries. At that time, she was asked by a store owner with the qualification for vegetable sommelier, "Don't you cook vegetable jam?" That is a trigger and her challenge for making vegetable confiture began. 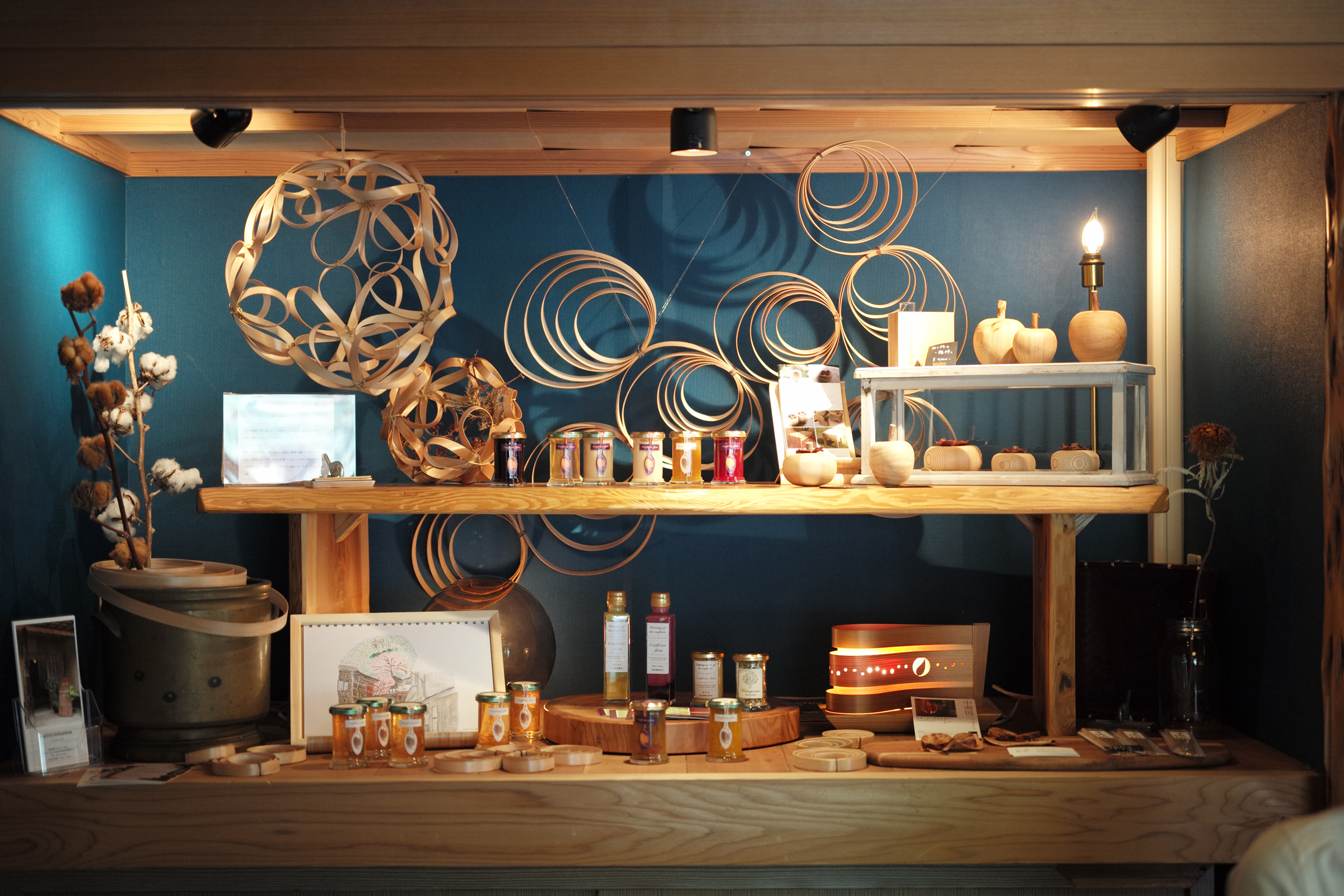 Fumi having the thought of "Act now!" bought vegetables left and right in the supermarket on the way back and challenged to make 20 types of confiture. Carrots, onions, broccoli. "As if it were an experiment, I repeated prototyping. All the driving forces were pure curiosity that 'What would happen if I cooked this?' " she laughs.

The workplace where Fumi makes the confiture is a refurbished place that was originally a bathroom. Dozens or hundreds of different prototypes are produced daily and about a hundred types of confitures are created throughout the year from here. It is Fumi's style to repeat cooking over and over in small pots instead of making in large quantities at once. At Narayamasou, which is a studio and a restaurant, she explains how to use and eat the confiture as much as possible by herself while serving customers. "It's not enough just line up products and customers will be interested by communicating with them. The customer who bought once may become a repeat customer or may tell other customers by word of mouth. It's my pleasure," she says. She actively explains the local industry such as Yoshino-Cedar and Yoshino-Cypress that has supported this place famous for Mt. Yoshino since she wants many people to know the appeal of Yoshino as well as the confiture. 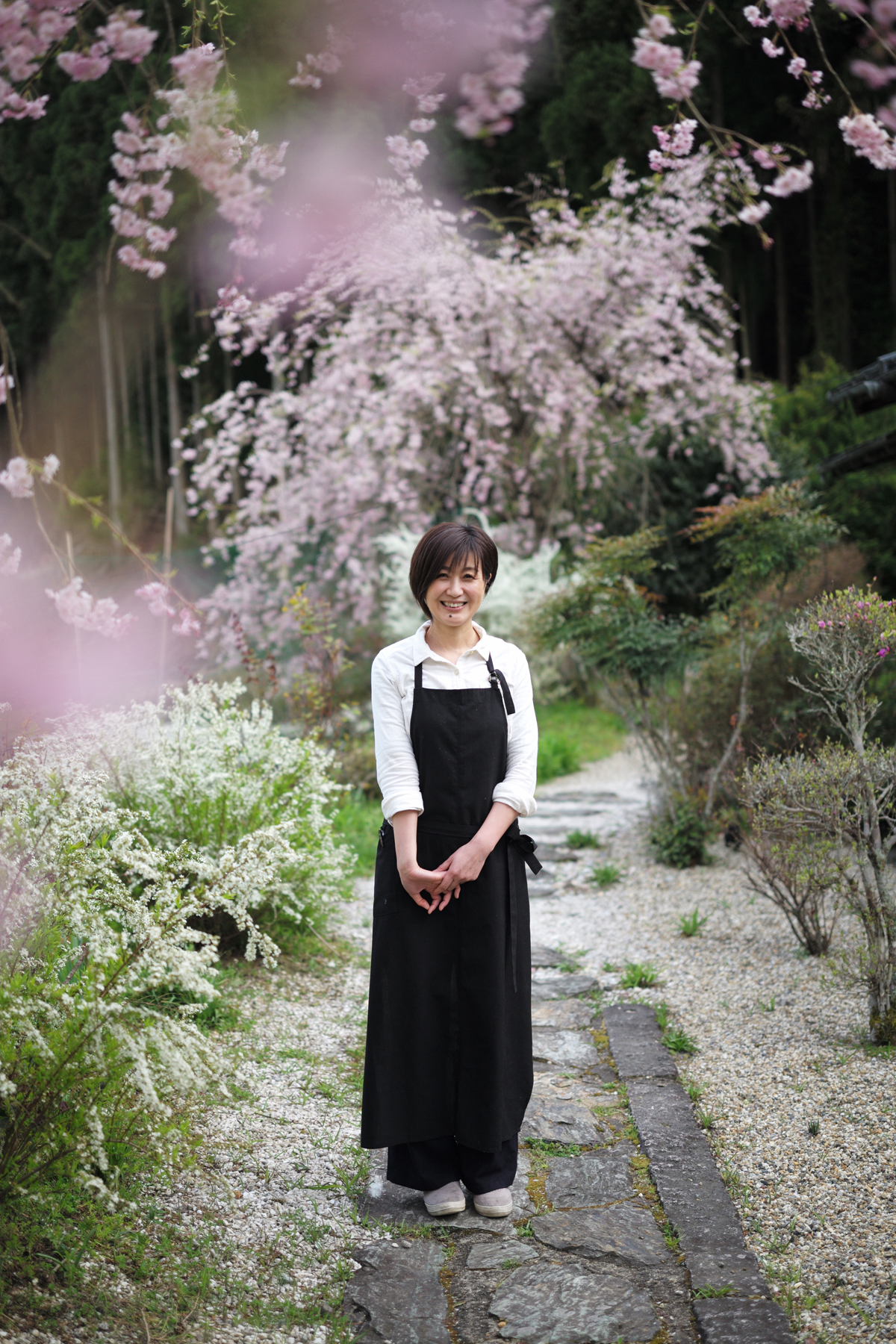 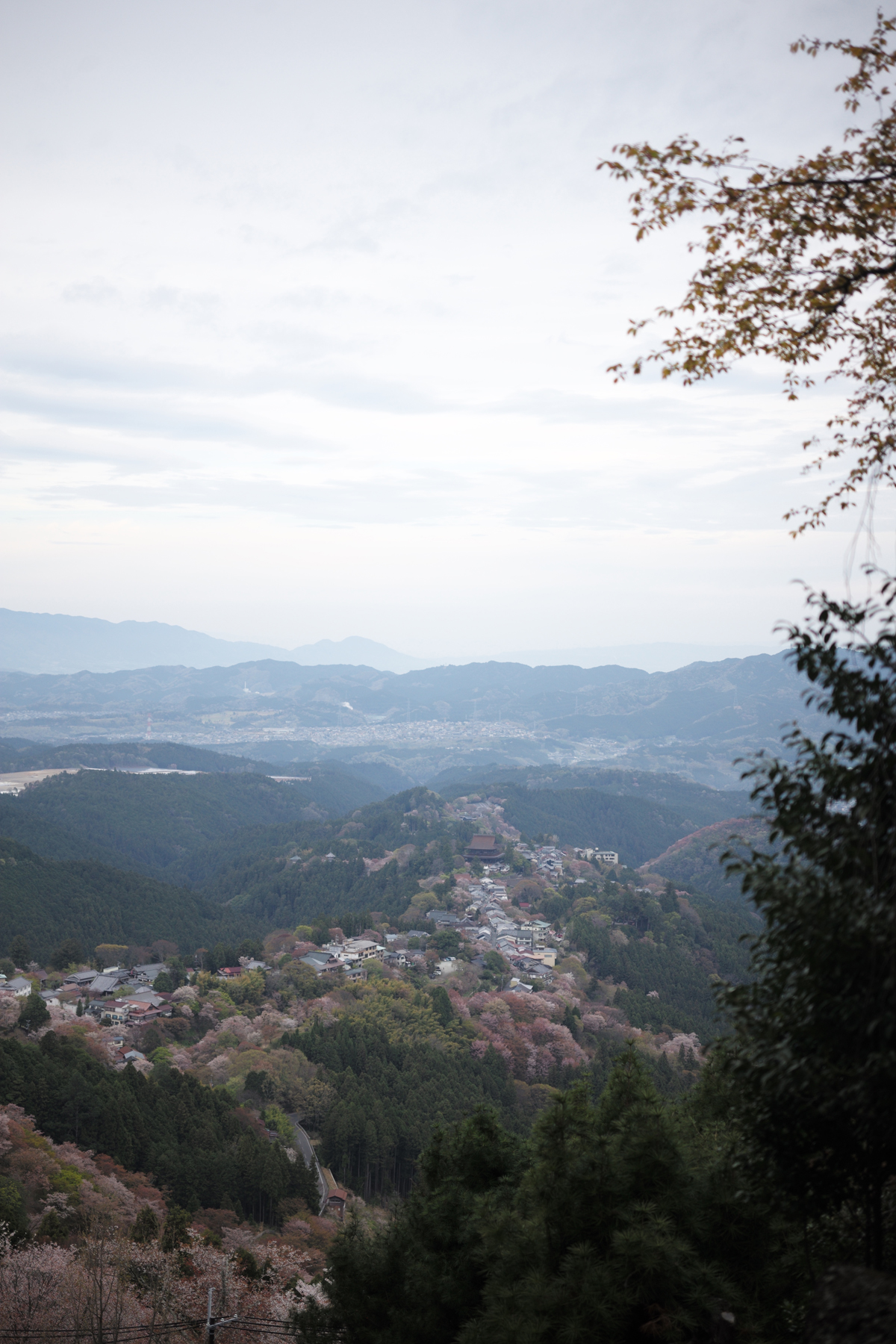 The staff work in the restaurant are women who live in Yoshino-cho. Two women of Community-Reactivating Cooperator Squad have joined to help. "The job in this town is limited such as inn and lumber industry, so, "I hope this shop could be a place to create employment in Yoshino-cho for those who want a short-time working. "I'm glad I can work with the local women," she says. It's encouraging remark as woman same as them.
As a future attempt, "I would like to grow herbs in the shop’s garden and try marriage of herbal tea and confiture, etc." 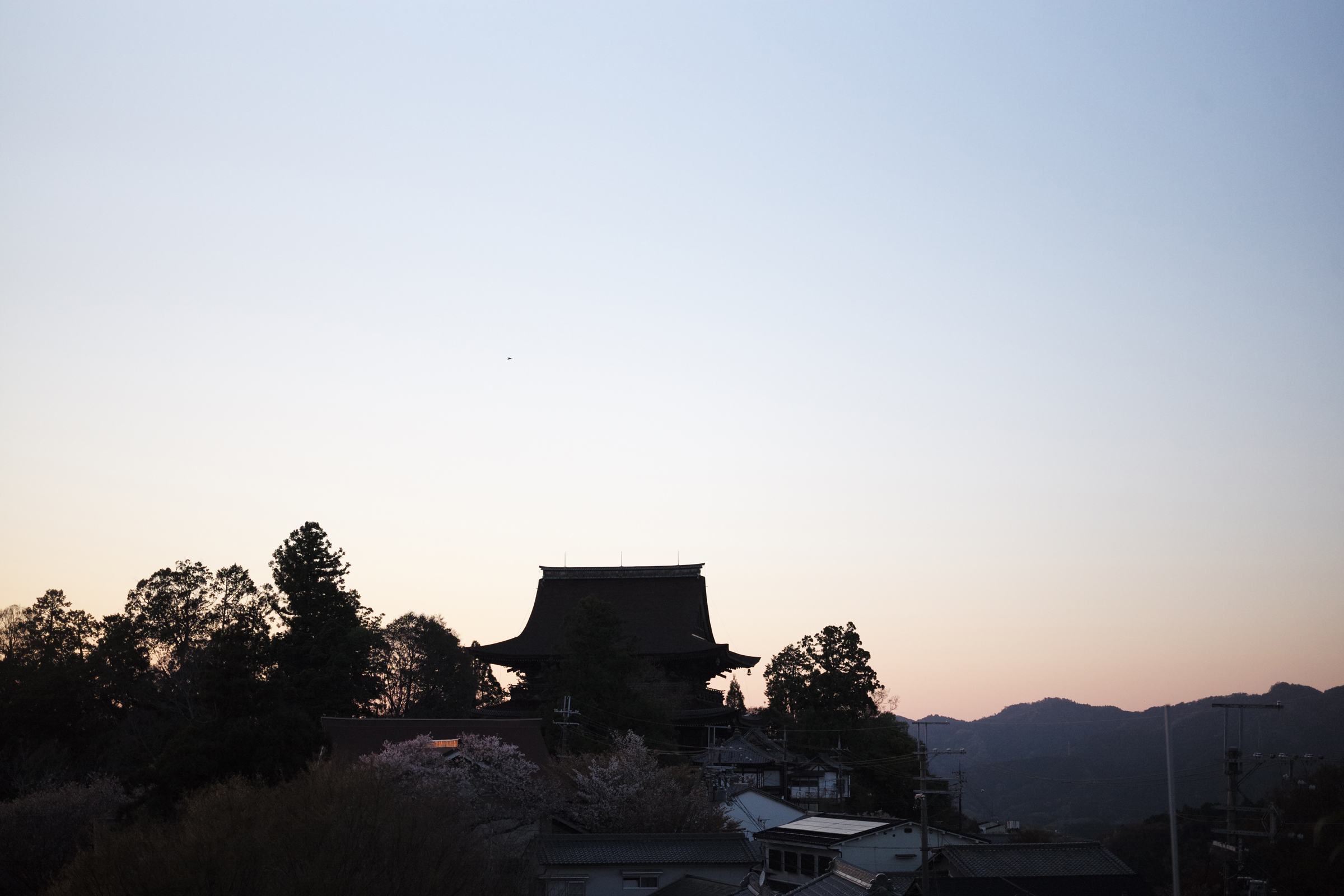 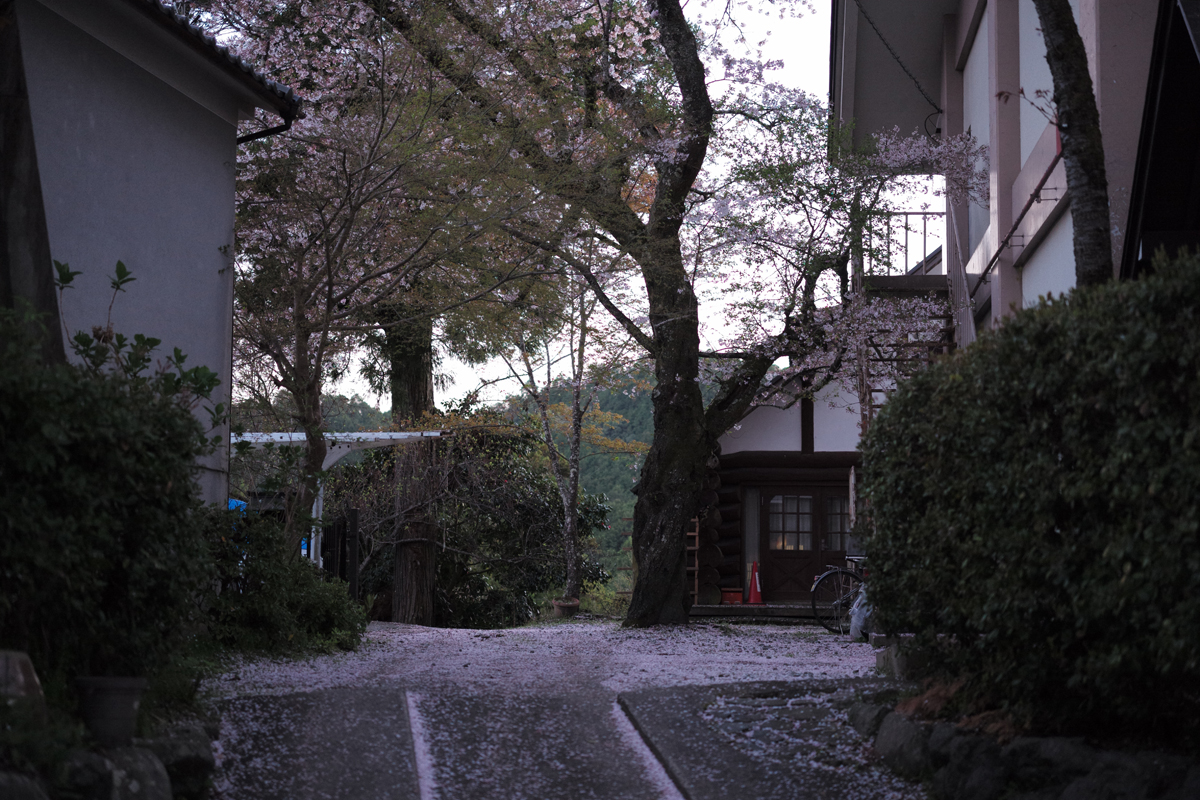 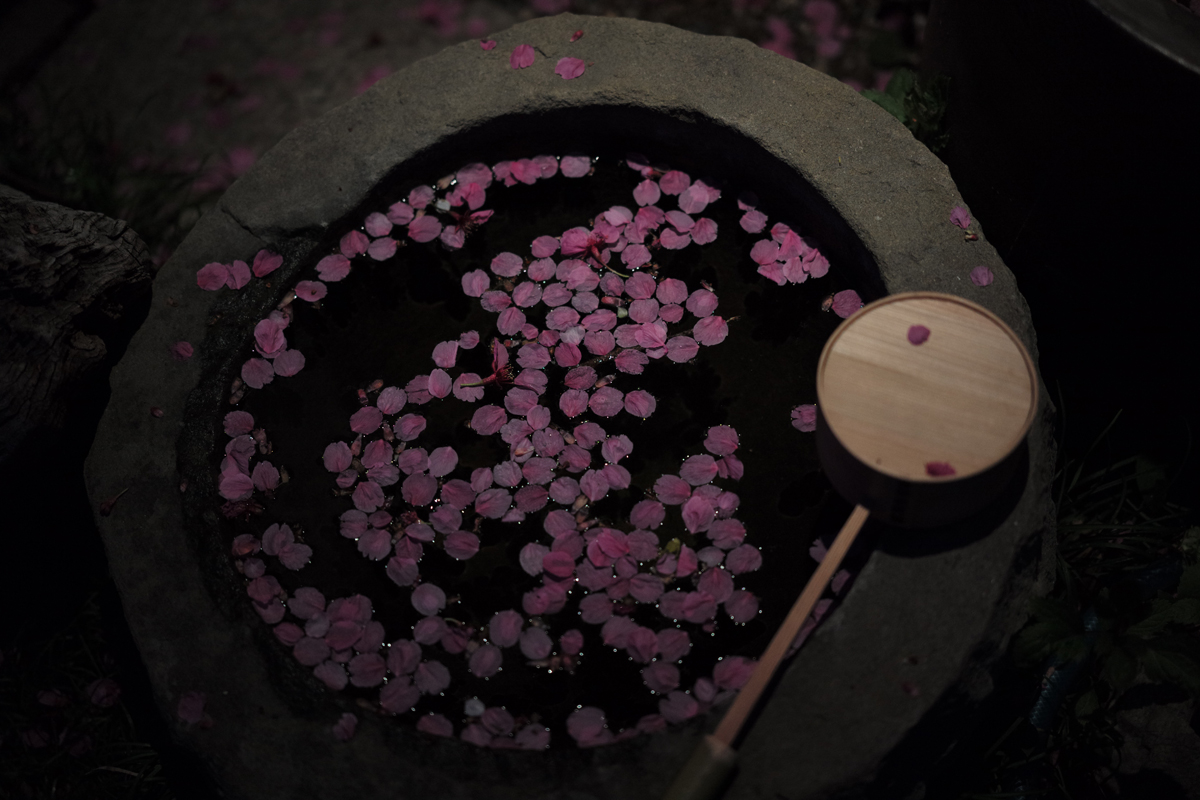 The moment I saw a path connecting to the sky I thought—“This is the place!”

Make Takayama-mura a wine-producing area spread its wings around the world.